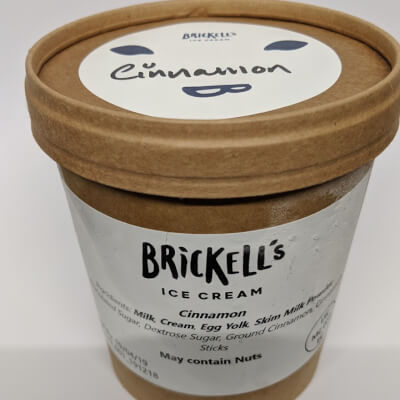 Brickell's Ice Cream is a startup, local Ice cream producer based in Westcombe. Using milk and cream from the same cows as Westcombe Cheddar, and making the ice cream in a purpose built dairy on the farm, there are zero food miles in production.

Flavour is the key to this range. Rob Gore makes a delicious Ice Cream and adds Cinnamon.